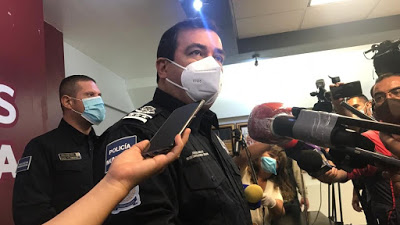 Yaqui for Borderland Beat from: cadenanoticias

A Commenter asked me for MY TAKE, I think this is as close as I can get. The Authorities, basically, think the shit will hit the fan. I think I can agree, we can only await the fallout.

After the murder of Mario Delval Barocio, known as “Cabo 33” the Secretary of Security in Tijuana, Jorge Ayón Monsalve, foresees an upturn in violence as a result of the rearrangement of the plazas in the city.

“Unfortunately, it has been historic that when this happens, they are rearranged. Among them are the “ajuste de cuentas” to recover territories, some plazas. Since that happens we have had talks with the director of the police, with the army and the FGE to see what can be done, ” said Ayón Monsalve.
He assured that in the Security meetings they agreed to have greater filters in entrances and exits of the city to look for a containment and so the violence does not overflow. 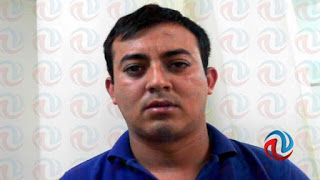 He added that as a result of the arrival of the new security secretaries in Tecate and Ensenada, work will begin on the metropolitan police project that the State Attorney General Guillermo Ruiz Hernández presented a few months ago.
“Cabo 33” or “El Mariolas” was 33 years old and since 2018 he was publicly identified by the authorities as one of the administrators of drug outlets as well as executions for the Jalisco Nueva Generación Cartel in the municipalities from Tijuana and Ensenada. He was executed Saturday night in the Hipodromo area of Tijuana in front of a recognized shopping plaza in the area.
The responding unit of the Municipal Police reported the facts around 8:20 p.m., when it requested support from Red Cross paramedics to attend to a man wounded by a bullet on Calle Alba Roja, almost corner with Calle Oración, in the parking lot of Helio’s Square.