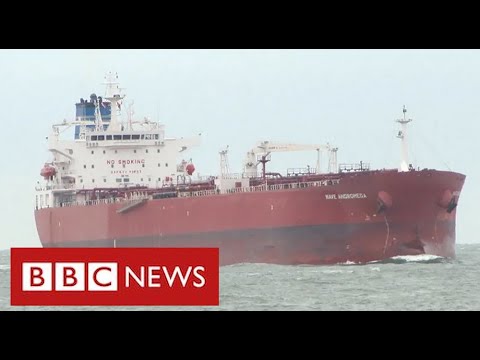 [embedded content]
* Seven suspects were detained after military seized control of oil tanker that laid anchor in the English Channel
* Restriction zone of five nautical miles was in place around vessel, which last sailed from Nigeria on October 6
* Ship is reportedly Liberian-registered and set to dock in Southampton at around 10.30am Sunday morning
* Lawyers representing owners of the vessel said the incident ‘100 per cent not a hijacking’, despite reports
The Special Boat Service retook an oil tanker off the Isle of Wight coast in just seven minutes after reports of ‘Nigerian stowaways’ on board becoming violent and ‘threatening the crew’.
Crew members reportedly sought shelter in a safe room on the Liberian-registered oil tanker, named the Nave Andromeda, which was due to arrive at Southampton at 10.30am.
The Special Boat Service landed 16 personnel aboard the vessel via air and sea following a ten-hour standoff, with two Royal Navy Merlin helicopters and two Wildcats also used in the operation, Sky News reported.
WNU Editor: This is a big oil tanker. No one wanted to take any chances on what these stowaways may do.