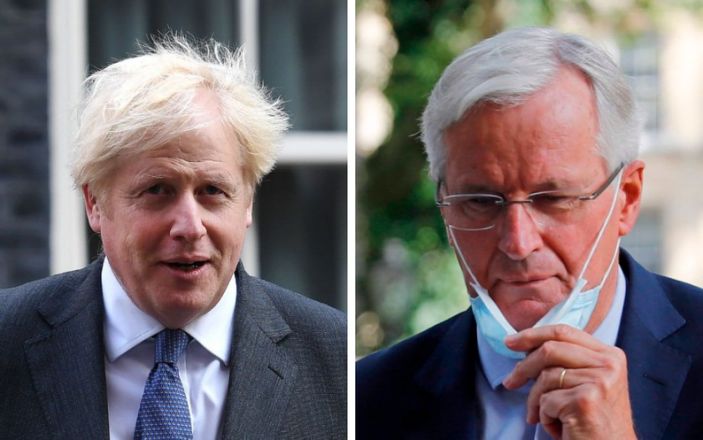 Britain could cede control over fishing waters around the Channel Islands in an attempt to resolve a key dispute in Brexit negotiations with the European Union, it has been claimed.

UK diplomats have floated the possibility of instating different fishing rights around the Channel Islands to the rest of the UK, allowing more access for French vessels, two sources told Reuters.

The claims have been dismissed by Government sources, one of which told The Telegraph: “There is no departure from our fundamental position that we will have control of our waters around there [the Channel Islands].”

A spokesman said: ““We want a simple, separate fisheries framework agreement which reflects our rights under international law and which provides for annual negotiations over access and sharing opportunities based on the scientific principle of zonal attachment.”

European Union negotiators say French coastal fishing communities would be affected if Britain regains control of the area around Jersey, which is just 14 miles from the French coast.

Fishing rights are currently shared between the UK and other countries in the EU under the Common Fisheries Policy.

The dispute over fishing rights after Brexit is one of the remaining issues preventing the UK and EU signing a deal, which must be finalised before the end of the transition period in January.

The UK is pushing for annual renegotiation of fishing rights and “zonal attachment”, which uses scientific data to estimate the size and location of fish stocks.

The EU began the negotiations calling for Britain to continue to  effectively adhere to the Common Fisheries Policy after Brexit, which would make it impossible to increase UK fishermens’ quota.

Some compromise between the two positions could also involve a “phasing-out mechanism” that increases the UK share of fishing rights over time, rather than overnight on January 1.

There has been some progress on technical aspects of the talks on fisheries, including on quota sharing and a list of stocks, but London says the EU has not accepted that Britain will become an independent coastal state.

The Prime Minister’s official spokesman said on Wednesday: “We have consistently said that we will not accept any proposals which compromise UK sovereignty over our own fishing waters. There has not and will not be a departure from Britain’s position so far that will take back control of its territorial waters in the Channel next year.

“I’m not going to get into briefing from EU sources around the negotiations.”

Ursula von der Leyen, the president of the European Commission, today told the European Parliament she hoped for a trade deal with Britain but warned it would be impossible if Boris Johnson pushed ahead with plans to renege on the Brexit Withdrawal Agreement.

“We need new beginnings with old friends,” she said.

“We will always be ready to build strong partnerships with our closest neighbours.”

Breaching it risked collapsing trade talks, she suggested in her annual flagship speech.

“Trust is the foundation of any strong partnership,” she said before quoting Margaret Thatcher.

“Britain does not break Treaties. It would be bad for Britain, bad for our relations with the rest of the world and bad for any future treaty on trade we may need to make,” Mrs Thatcher said during the 1975 referendum on the UK’s membership of the EEC.

Mrs von der Leyen said, “This was true then. And this is true today. Trust is the foundation of any strong partnership”.

Boris Johnson has agreed that Northern Ireland would stay subject to some EU rules on state aid and customs from January 1, after the end of the Brexit transition period, which prevents the need for a hard border on the island of Ireland.