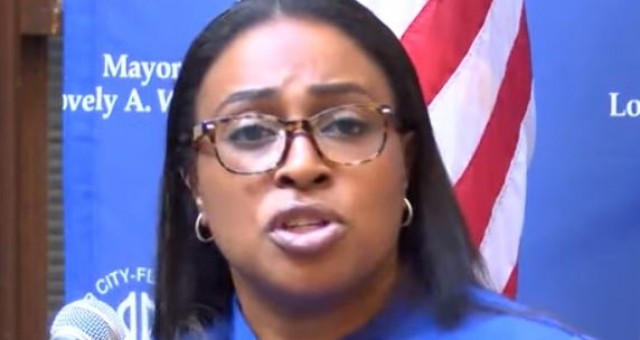 The charges stem from Warren’s reelection campaign three years ago, according to the indictment, which also charges two associates, The New York Times reported.

The indictment accuses Warren, a Democrat, of “knowingly and willfully” attempting to evade contribution limits while engaging in “a systemic and ongoing course of conduct with the intent to defraud more than one person.”

Breaking 911 reports that a Monroe County Grand Jury indictment was unsealed, charging Lovely A. Warren, Albert Jones Jr. and Rosiland Brooks Harris with Scheme to Defraud in the 1st Degree and Violation of Election Law 14-126(6), both are Class E Felonies.

Resultant of the recommendations, all three defendants are scheduled to be arraigned on Monday, October 5, 2020 at 4:00PM in front of Cayuga County Judge Thomas G. Leone in Monroe County.

She suspended seven police officers with pay amid an ongoing investigation and the top leadership of the Rochester Police Department resigned last month. She eventually fired the city’s police chief, FOX News reports.

Critics accused city and police officials of covering up the circumstances of Prude’s death, which weren’t fully understood until videos of the police encounter were released in September, sparking protests and calls for reforms. A medical examiner has ruled Prude’s death a homicide.

Warren has denied any wrongdoing and previously called the investigation a “political witch hunt.” If convicted, she would be removed from office.

Warren is the first female and second African American mayor of Rochester, home to around 200,000 people in Western New York.

Right Wing Tribune Is Proud To Be Listed As #15 On The Top 40 Conservative Political Blogs!