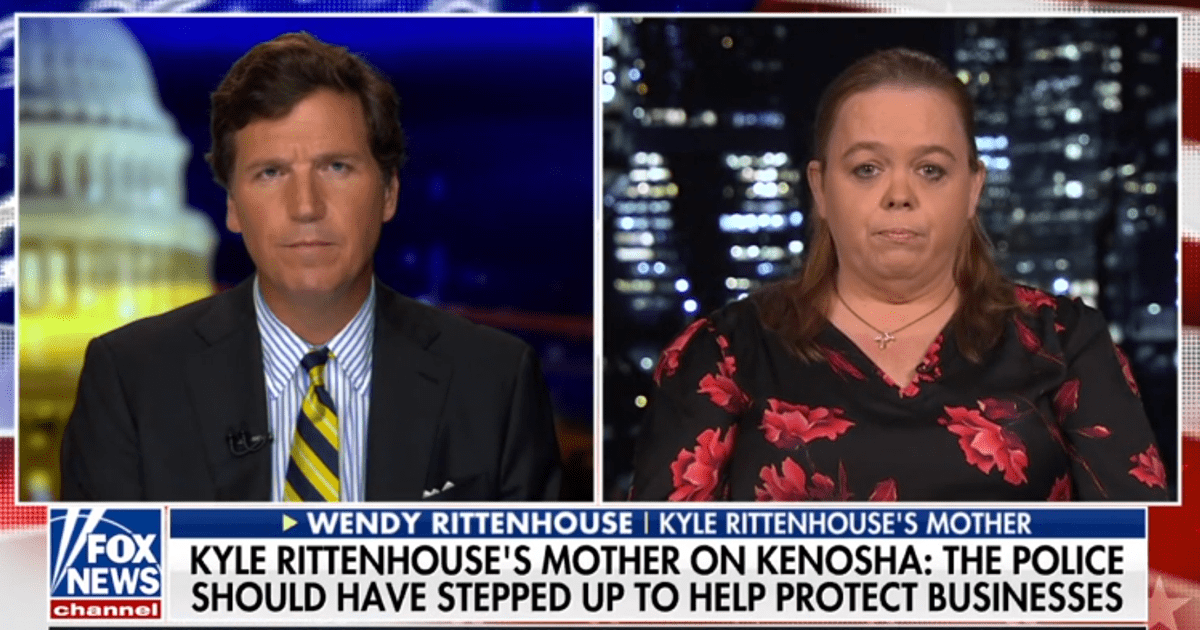 The mother of a 17-year-old teen who is currently residing in jail and faces murder murder charges after defending himself on video against violent protesters in Kenosha appeared on Fox News’ “Tucker Carlson Tonight” to announce a lawsuit against Democrat presidential candidate Joe Biden, who used her son’s image to make false claims about white supremacy in an election campaign.

“You saw the Joe Biden campaign smear your son as a white supremacist. What was your reaction to that?” Carlson asked Kyle Rittenhouse’s mom Wendy.

“How dare [Joe Biden] do that to my son,” Wendy Rittenhouse said. “That’s my son that he did that too, and I’m not gonna back down to him. And [Kyle Rittenhouse] is not a white supremacist, and he’s not a racist. He’s my son, and I know him, and he is none that, what Joe Biden said.”

“Kyle is a caring young man. He went to Kenosha to help people. What Joe Biden did, showing my son’s picture and labeling him a white supremacist – I will take him down,” Wendy Rittenhouse added.

WENDY RITTENHOUSE: “Kyle is a caring young man. He went to Kenosha to help people. What Joe Biden did, showing my son’s picture and labeling him a white supremacist — I will take him down.”

Wendy Rittenhouse went on to ask viewers to donate to her son’s legal defense fund at FightBack.Law, so that she can see him again.

“We’re raising money to try to get him home, I just need people to help me to bring my son home, please donate anything you can,” she said.

In October, Rittenhouse’s legal team released an 11-minute documentary that laid out the case for the teen’s defense using a intensive compilation of video footage from the night the incident occurred. The video quickly went viral and was promptly banned from its hosting platform.