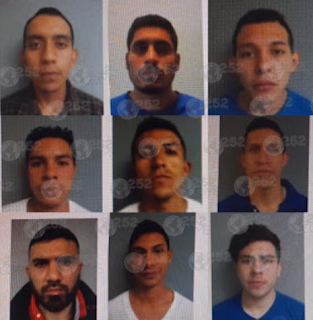 At least eleven inmates escaped through a tunnel from a prison in Cieneguillas, Zacatecas. According to authorities, they were considered “highly-dangerous” and were linked to Los Talibanes and the Northeast Cartel (CDN) factions of Los Zetas.
The tunnel in question is 50 meters (164 feet) long. The inmates escaped through the tunnel and were picked up by an individuals in three gateway vehicles just outside the penitentiary. Several guards were in the prison’s watch tower and noticed when the inmates were escaping.
To prevent the getaway vehicles from getting closer, they fired several rounds to “alert” him to get away. But this action was fruitless since the inmates quickly made their way to the vehicles and fled the premises.
The Zacatecas State Police was able to arrest one person who helped them get away in one of the vehicles. However, the inmates were able to avoid arrest by changing vehicles before this person was captured. In addition to the prison guards, state authorities are also investigating the possible involvement of the state police in this scheme. At least one state police officer is detained for questioning.
Officials stated that the tunnel took between five to six months to build. They stated that those who masterminded the operation took advantage of the construction projects that were ongoing inside the penitentiary to hide the digging they were doing. “The tunnel is of high complexity. It is a multi-way tunnel and it took some time to build”, one official said. Interestingly, the tunnel was made through the newest building in the prison.


The inmates who escaped are wanted for multiple charges, including: homicide, feminicide, illegal possession of military-exclusive firearms, kidnapping and assault against public officials. On Twitter, a user leaked the profiles of the inmates from the prison’s database.