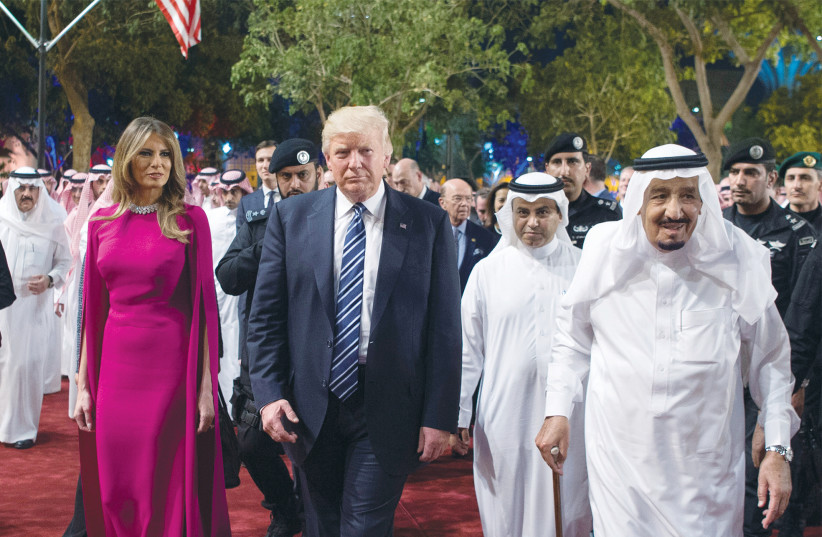 The signing of normalization of relations with Israel by two Arab Gulf countries: United Arab Emirates and Bahrain on September 15 at White House in presence of US President Donald Trump gives the impression that there is going to be geopolitical realignment in the Middle East. Saudi Arabia is likely to be the next country to sign an agreement with Israel. Qatar is possibly the only Gulf country remaining aloof from signing normalization of relation with Israel. Qatar has had disputes with rest of the countries in the Gulf recently. As a matter of fact, these countries have blocked Qatar. On the other hand, Qatar holds the opinion that the core conflict between Palestinians and Israel is about the drastic condition that the Palestinians are living under as people without a state. Normalizing ties with Israel does not mean normalizing relations with Palestinians. Having signed a normalizing relation with both the UAE and Bahrain, Prime Minister Benjamin Netanyahu said the deals are a pivot of history. It heralded a new dawn of peace, while Trump celebrated deals that established relations between Israel and the UAE and Bahrain. This realignment is possibly directed against Islamic Republic of Iran, which has alignment with Syria, Iraq, Qatar and Turkey. Recently, Qatar has had bitter relations with other Gulf countries, including Saudi Arabia. Saudi Arabia and other Gulf countries, plus Egypt and Jordan, cut off diplomatic relations with Qatar on flimsy ground on in 2017.Qatar has a relationship with Islamic Republic of Iran. Against the realignment, there is no doubt that the beneficiary is expected to be the State of Israel. Meanwhile, Russia came forward to say that peace in the Middle East depends on the revival of the Quartet to make peace efforts. Quartet comprises of the EU, Russia, UN and US – formed in 2002 by US president George Bush. US President Donald Trump is apparently working against the nuclear deal of his predecessor, Barack Obama – who had succeeded in bringing Iran under agreement from re-framing building of nuclear bombs. The agreement was signed by five permanent members of the UN Security Council, plus Germany, on November 24, 2013, while the International Atomic Energy agency certified on January 16, 2016, that Iran complied with necessary steps from acquiring nuclear bombs. Both Prime Minister Benjamin Netanyahu and Trump are on the same boat with respect to Iran. Both of them do not subscribe to the opinion of the IAEA that Iran has been complying rules in respect of acquiring bombs. The present alignment in the Middle East has the backing of Saudi Arabia, whose enemy is Islamic Republic of Iran. The Kingdom of Saudi Arabia is apparently taking reprisal against Obama, who was behind nuclear agreement with Iran. Both Israel and Saudi Arabia are on the same boat. It is relevant to note that Trump was accorded royal reception while he visited after assuming his role as president. Trump is the first US president to visit Saudi Arabia, followed by the State of Israel. Trump was accorded a rousing reception while he was awarded the highest national award of King Abdul Aziz Saud gold medal. Trump gave his major foreign policy speech addressing Muslims and Arabs in 2017 in Riyadh. By now, Trump has threatened Iran from re-framing or attacking the US in reprisal for America’s killing Qasem Soleimani in January 2020. Trump threatened Iran on April 22 to refrain from harassing American oil tankers. In fact, economic sanctions remain against Iran by the US, but the International Monetary Fund forecast against Iranian oil industry predict zero growth by 2020. cnxps.cmd.push(function () { cnxps({ playerId: ’36af7c51-0caf-4741-9824-2c941fc6c17b’ }).render(‘4c4d856e0e6f4e3d808bbc1715e132f6’); });Iranian President Hassan Rouhani is reported to have stated that its arch rival faces maximum isolation after major powers dismissed a US declaration that UN sanction of Iran were back in force under a “snapback mechanism,” while France, Great Britain and Germany dismissed the assertion. Rouhani is expected to rid out the storm caused by such sanction. The writer is a retired diplomat from Bangladesh and former president of Nova Toastmaster International Club of America.