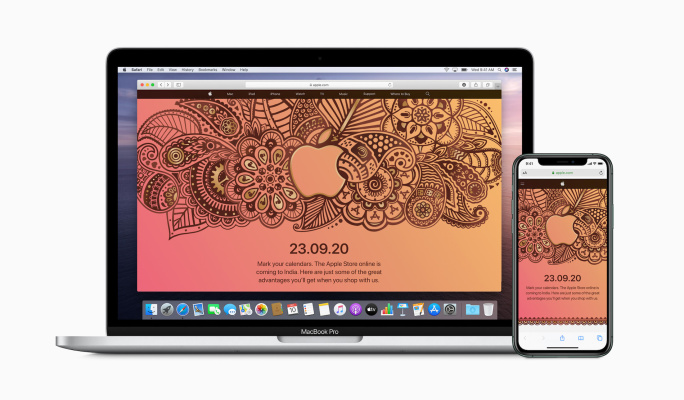 Apple will launch its online store in India on September 23, bringing a range of services for the first to customers in the world’s second largest smartphone market in over 20 years since it began operating in the country.

The company, which currently relies on third-party online and offline retailers to sell its products in India, said its online store will offer AppleCare+, which extends the warranty on its hardware products by up to two years, as well as a trade-in program to let customers access discounts on purchase of new iPhones by returning previous models. These features were previously not available in India. Customers will also be able to buy Macs with custom configuration.

“We know our users are relying on technology to stay connected, engage in learning, and tap into their creativity, and by bringing the Apple Store online to India, we are offering our customers the very best of Apple at this important time,” said Deirdre O’Brien, Apple’s senior vice president of Retail + People, in a statement.

TechCrunch reported in January that the iPhone-maker was planning to launch its online store in India in Q3 this year. A month later, Apple CEO Tim Cook confirmed the development, adding that Apple will also launch its first physical store in the country next year.

On its website, Apple says it also plans to offer financing options to customers in India, and students will receive additional discounts on Apple products and accessories. Starting next month, it will also let customers check out free online sessions on music and photography from professional creatives. And if they wish, they can engrave emoji or text on their AirPods in several Indian languages.

We know how important it is for our customers to stay in touch with those they love and the world around them. We can’t wait to connect with our customers and expand support in India with the Apple Store online on September 23! 🇮🇳https://t.co/UjR31jzEaY

The launch of the online store will mark a new chapter in Apple’s business in India, where about 99% of the market is commanded by Android smartphones. The iPhone-maker has become visibly more aggressive in India in recent years. In July, the company’s contract manufacturing partner (Foxconn) began assembling the iPhone 11 in India. This was the first time the company was locally assembling a current-generation iPhone model in the country.

Assembling handsets in India enables smartphone vendors — including Apple — to avoid roughly 20% import duty that the Indian government levies on imported electronics products. Lowering the cost of its products is crucial for Apple in India, which already sells several of its services including Apple Music and TV+ at record-low price in the country.