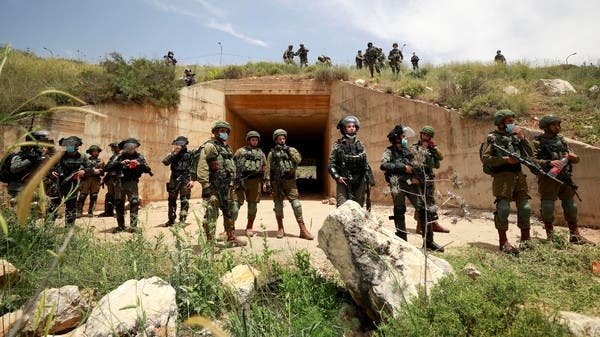 Diplomatic efforts were urged after Palestine announced its withdrawal from the Oslo accords signed with Israel, an important document for the peace process to end the longstanding Israeli-Palestinian conflict.

The new unity government in Israel is pushing ahead an annexation plan for West Bank settlements and the Jordan Valley, putting the Middle East peace process in the face of serious challenges. The Palestinian Authority (PA) is seeking to pressure and call for the support of the international community to force Israel to halt the plan. PA President Mahmoud Abbas has announced that the PA will not continue to comply with the Oslo Accords with Israel, even including security coordination activities.

The Oslo Accords, signed between Israel and Palestine in 1993, marked the beginning of the Middle East peace process, with the formation of the PA and preparing for a final plan to terminate the conflict between the two sides. Therefore, the Palestine Liberation Organisation (PLO) and PA opposing Israel’s unilateral moves and declaring non-compliance with all commitments under the deal have pushed peace talks between the two sides into a deadlock. The Palestinian side affirmed that the Israeli occupation authority must shoulder all responsibilities and obligations in front of the international community as an occupying power over the Palestinian territory, with all the consequences and repercussions based on international law and international humanitarian law.

Concerned that Israel’s plan to annex occupied Palestinian territories will “kill” the Middle East peace process and destroy the two-state solution, many countries have voiced opposition to Israel’s move to strengthen its occupation activities over the Palestinian territories. During a recent online session of the UN Security Council, the majority of member states expressed deep concern about tensions in the field, as well as about Israel’s continued expansion of illegal settlements. Countries argued that Israel’s plan to annex the occupied Palestinian territory would not only undermine the efforts to promote the peace process and push back the prospects for a two-state solution, but it would also destabilise regional security. The French Foreign Ministry warned that Israel’s merger plan risks damaging Tel Aviv’s relations with the EU. France, Germany and many countries in the EU have always affirmed their commitment to supporting a long-term and equal solution to the Israeli-Palestinian conflict, stating that the annexation of any part of the Palestinian territories, including East Jerusalem, is a violation of international law and seriously reduces opportunities to reach a two-state solution. In order to put pressure on Tel Aviv, European foreign ministers warned that joint projects with Israel could be affected by the country’s unilateral moves in violation of international law.

In the struggle for self-determination and basic rights, the Palestinians resolutely defended their position on establishing an independent Palestinian State with East Jerusalem as its capital. In the face of Israel’s unilateral moves threatening to completely destroy negotiation opportunities with Palestine, the international community is calling on the parties to avoid agitation and take measures to reduce tensions. Amid the ongoing violence in the field, extremely difficult socio-economic conditions and poor healthcare systems in the occupied Palestinian territories are at risk of triggering a major humanitarian crisis. Only the resumption of talks between Israel and Palestine to achieve a comprehensive, fair and sustainable solution will be able to bring about long-term peace. What the international community expects is that Israel will halt its unilateral actions to pave the way for the reopening of the door to negotiations with Palestine.