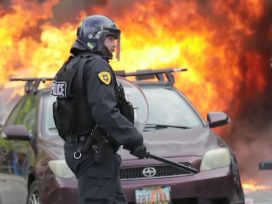 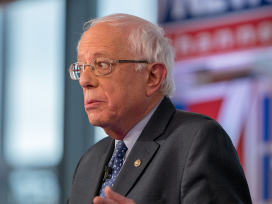 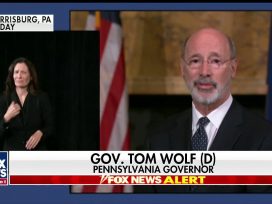 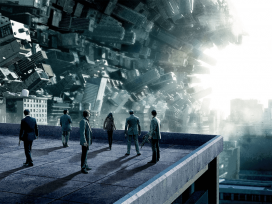 WESTERVILLE, Ohio – Joe Biden was overshadowed by fellow co-front-runner Sen. Elizabeth Warren of Massachusetts at the fourth round Democratic presidential nomination debate, but the former vice president has a potentially larger headache – a lack of campaign cash.

As Biden was on the debate stage Tuesday night, his third quarter of fundraising filing to the Federal Election Commission was making headlines.

According to the report, Biden had just under $9 million in his campaign coffers after spending more money than he raised during the July-September fundraising quarter. That’s far less than Warren, who reported $25.7 million cash on hand, and Sen. Bernie Sanders of Vermont, another top tier rival who reported having $33.7 million in the bank.

Biden deputy campaign manager Kate Bedingfield, pressed on the report, told reporters in the spin room after the debate in suburban Columbus, Ohio that “it’s more important how you spend the money than how you raise it.”

And she emphasized that “we have resources that we need to continue to run our race. We’ve always said we think this race is going to be a dogfight, that it’s going to go long. We’re building an operation that is going to be sustained.”

THE LATEST FROM FOX NEWS ON THE 2020 PRESIDENTIAL CAMPAIGN

On Wednesday, Biden said he was confident he had the fundraising to make it to the general election.

“Our fundraising is building. We’ve raised a lot of money online. And we’ve raised money offline as well, so we feel confident we’re going to be ready,” he told reporters at a campaign event in Ohio.

And taking aim at Warren – who transferred more than $10 million from her 2018 Senate re-election campaign to her White House bid – Biden noted he “did not start off by dropping $10 million from a Senate campaign, wherever that money was raised from, into a race.”

It was just two weeks ago that Biden was left in the dust by Warren, Sanders, and South Bend, Indiana Mayor Pete Buttigieg when it came to their third-quarter fundraising hauls. And unlike Warren and Sanders – who’ve brought in most of their money from small-dollar grassroots donations — much of Biden’s money comes from top-dollar fundraising events with big-bucks donors.

A Democratic consultant who asked to remain anonymous to speak more freely called the $15.2 million Biden raised in the third quarter “a devastating number.”

“The FEC report data are pretty stark. There’s nowhere to hide from the reality of the dollars and the calendar in front of us,” Rospars tweeted on Wednesday. “Is a campaign’s fundraising growing? Is its spending able to grow going into the early contests, as it must? For Warren, the answers are yes and yes.”

Ceraso, who worked on Sanders’ 2016 campaign and who parted ways this summer with the Buttigieg campaign, warned that Biden needs to remain in the top tier conversation or “his cash flow may dry up as the primary enters the homestretch, which may prevent the VP from competing and challenging his opponents in Super Tuesday states and beyond.”

Biden is spending money at a greater rate than the amount he raised left him, with a burn rate of 112 percent. Warren’s burn rate – the pace at which candidates are spending their campaign cash – was a much more modest 76 percent.

Republicans spotlighted Biden’s campaign cash on hand figures as a warning sign for a candidate who has already relinquished his status as the unrivaled front-runner in the polls.

“Biden’s money problems are now a crisis for the campaign and if he doesn’t turn it around soon, he’ll end up on the sidelines sooner than anyone anticipated,” emphasized Joe Gierut, press secretary for the pro-Republican America Rising PAC.

Fundraising is far from definitive, but like polling, it’s an important barometer of a candidate’s momentum and his or her campaign’s strength. Among the things funds can be used for are building staff and grassroots outreach efforts in the crucial early voting states and running TV, radio, and digital ads.

The spotlight on the former vice president’s campaign cash numbers came as the spotlight at the debate shifted from him to Warren, who has soared in recent months and is now tied in most national and early voting state polling with Biden for the top spot in the nomination race.

Biden was front-and-center as the debate kicked off, focusing on the Ukrainian controversy and the impeachment inquiry.

But when the conversation turned to the battle over “Medicare-for-all,” the former vice president was mostly absent from the discussion as the spotlight shifted to Warren.

The populist senator, who has produced one progressive policy proposal after another, grabbed the most speaking time in the debate, roughly six more minutes than Biden, who was second.

“He faded at times,” noted Mo Elleithee, the founding executive director of the Georgetown University’s Institute of Politics and Public Service and a Fox News contributor. “He popped his head up occasionally.

“He did allow himself to get eclipsed by some others, like Buttigieg and (Sen. Amy) Klobuchar and some of the others,” added Elleithee, a senior spokesman for Hillary Clinton’s 2008 campaign who later steered communications for the Democratic National Committee. “He’s got to step up. He cannot miss opportunities and I think he missed a few.”

GOP strategist and presidential campaign veteran Colin Reed called Biden “nearly invisible” at the debate and said it’s “a sign of how far this campaign has fallen that no one bothers to go after him.”

But Sen. Chris Coons of Delaware, a top Biden friend and 2020 surrogate, told reporters in the spin room on Tuesday night that being out of the spotlight benefitted Biden.

“Unlike previous debates where the vast majority of the attention was focused on testing or challenging Vice President Biden, tonight was a night when Sen. Warren’s plans on a wide range of issues – from the wealth tax to ‘Medicare-for-all’ – came under repeated questioning,” Coons highlighted.

Biden echoed that sentiment on Wednesday, saying “it’s kind of about time other people get questioned.”

And he pushed back on the labeling of Warren as a co-front-runner, saying “I haven’t seen any polling showing that nationally, on average, that anybody else is a frontrunner.” 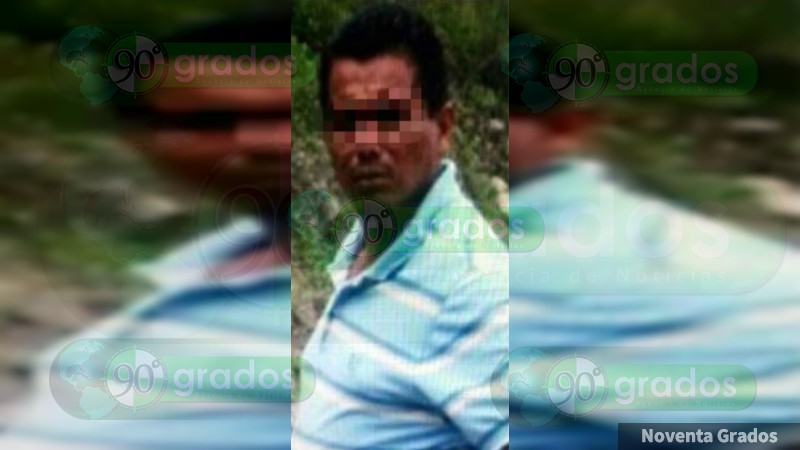 by The Daily US News June 1, 2020Comments Off on Oaxaca: Viagras’ “El Cuate” killed, operator of the Sierra Santana and the Familia Michoacana 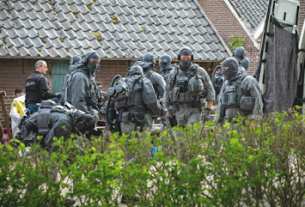 June 1, 2020Comments Off on Mexican cartels have taken over the crystal meth production in the Netherlands 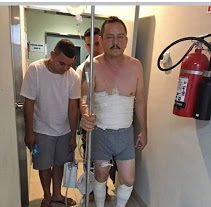 Michoacán: CJNG says report of truce with Carteles Unidos is a lie, shares image of El Abuelo Farías in a hospital

June 1, 2020Comments Off on Michoacán: CJNG says report of truce with Carteles Unidos is a lie, shares image of El Abuelo Farías in a hospital 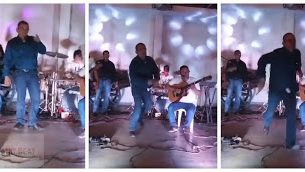 May 31, 2020Comments Off on Veracruz: Francisco Navarrete, alleged leader of the CJNG and 6 others, are assassinated 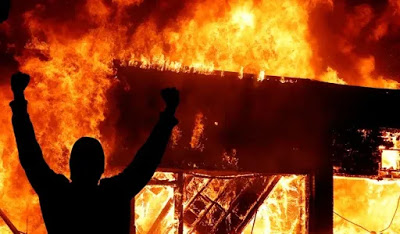 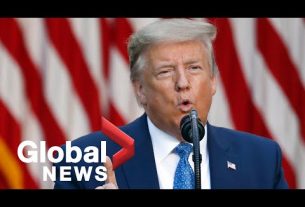 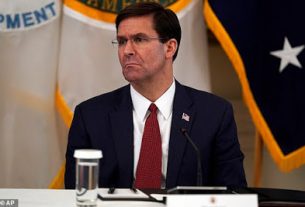 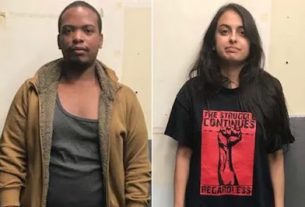 by The Daily US News June 1, 2020Comments Off on Oaxaca: Viagras’ “El Cuate” killed, operator of the Sierra Santana and the Familia Michoacana

June 1, 2020Comments Off on Mexican cartels have taken over the crystal meth production in the Netherlands

Michoacán: CJNG says report of truce with Carteles Unidos is a lie, shares image of El Abuelo Farías in a hospital

June 1, 2020Comments Off on Michoacán: CJNG says report of truce with Carteles Unidos is a lie, shares image of El Abuelo Farías in a hospital

May 31, 2020Comments Off on Veracruz: Francisco Navarrete, alleged leader of the CJNG and 6 others, are assassinated
Advertise Here for only $299 mo.
Unlimited cpc
Adspace ID5