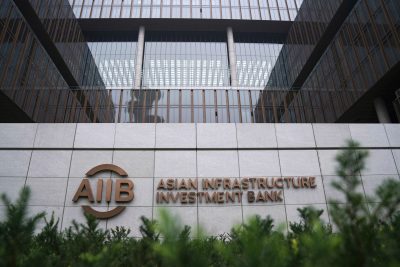 The Asian Infrastructure Investment Bank (AIIB) recently marked four-and-a-half years of operations at its 2020 Annual Meeting. Hosted virtually by China, the meeting was attended by representatives of its 103 full and prospective members, reappointing its impressive President Jin Liqun for a second five-year term.

The meeting focussed on how to build on the AIIB’s success in establishing itself as a respected multilateral financier of quality infrastructure investments, while pivoting in support of its members’ response to COVID-19. Meanwhile, geopolitical considerations continued to provide an important subtext for the conference.

The AIIB is testimony to both the continuing potential for successful multilateralism and the need to carefully navigate the challenges and acknowledge the constraints that come with cooperation in today’s more divided world.

Since its establishment, membership of the Chinese-proposed multilateral development bank (MDB) has expanded significantly from the original 57 founding members and become increasingly global: 37 of the 82 full members are non-regional, representing every continent, but the United States and Japan remain notable omissions.

Robust governance and lending standards have underpinned the institution’s AAA credit rating, ready access to global markets and growing portfolio — spanning over 90 projects across more than 24 countries totalling close to US$20 billion. The organisation has also demonstrated a willingness to innovate in stimulating green private-sector financing. All this has been achieved with professional staff numbers barely nudging 300 from around 50 countries.

The Bank’s willingness to partner flexibly with other MDBs — and their readiness to recognise the AIIB as a respected member of the MDB community (and draw on its unused available capital) — have been an important element in its early success. It has allowed the AIIB to quickly build a broad presence, developing and refining its own policies and systems as it learns from others.

The AIIB’s response to the G20’s call for coordinated international financial institution and multilateral development bank action in response to the pandemic reflects a similar dynamic. Its establishment of a US$13 billion COVID-19 Crisis Recovery Facility sought to demonstrate the organisation’s adaptability and relevance to the needs of its members as part of a coordinated MDB response.

Funds have been reallocated to subsidise borrowing costs for low-income members. And the Facility will look to partner with others wherever possible — most importantly relying on established World Bank and ADB budget support policies. Of around US$6 billion in approved Facility lending, over 85 per cent and all but 2 individual operations have been co-financed with the other major MDBs, with close to US$4 billion in co-financed budget support.

The Facility is time limited, expiring in October 2021 unless the Bank’s Board decides otherwise, and President Jin has committed to return the Bank to its mainstream business once the crisis has passed. Agreement on a planned 10-year corporate strategy, delayed while the Bank pivoted to COVID-19, will re-emerge as the priority over the remainder of this year. This will require finely balanced positioning on some difficult issues.

The Bank’s central focus on addressing an agreed infrastructure financing gap remains comparatively safe territory for a multilateral institution still perceived by many to be ‘China’s bank’.

It is defensible in terms of carving out a clear comparative advantage while avoiding potential sensitivities around involvement in domestic policy choices. It also aligns well with an Asian (particularly Chinese) narrative, however selective, around infrastructure as a driver of development.

But open questions need to be resolved.

How far should the Bank seek to transform itself into a global as opposed to regional lender? Should it extend its operations higher up the project cycle and how should it seek to influence the investment and policy environment? Should the Bank build on some aspects of its COVID-19 response such as lending for social infrastructure? How can it better address the needs of its low-income members without seeking additional grant resources?

And what is the scope to expand its role in promoting technology-enabled infrastructure? This is an area which offers potential significant benefits but also significant risks — think about how support for facial recognition technologies by ‘China’s bank’ could be misconstrued.

On all these fronts, aspirations will need to be tempered by good political judgment. Increased geopolitical tensions are not helpful for an expanded agenda.

The recent establishment of the Multilateral Cooperation Center for Development Finance, an initiative of the Chinese Ministry of Finance, which the AIIB has agreed to host, is a case in point. It has robust multilateral governance arrangements and promises to lift standards for cross-border infrastructure investments, including in partnership with Chinese bilateral lenders.

But those who are wary of China’s Belt and Road Initiative will suspect it as merely window dressing, or worse, legitimisation. The likelihood of expanding the currently limited group of donors and of the major MDBs participating as implementing partners — under pressure from their own largest shareholders — will be an interesting test.

Ironically, persistent US and Japanese concerns that the AIIB is a vehicle of enhanced but undesirable Chinese influence would be best addressed by these countries joining the Bank. Unfortunately, prospects of this have dimmed and the broad support that helped create the AIIB may be harder to replicate today. Multilateralism requires agreement among sovereigns on the scope of their shared interests and readiness for collective action. It is crucial that the AIIB’s management and shareholders focus on preserving the existing consensus.

Chris Legg is a former chief advisor at the Department of the Treasury, Australia. He was Australia’s chief negotiator in establishing the AIIB and represented Australia, New Zealand, Singapore and Vietnam on the AIIB’s Board of Directors through 2016–2020.