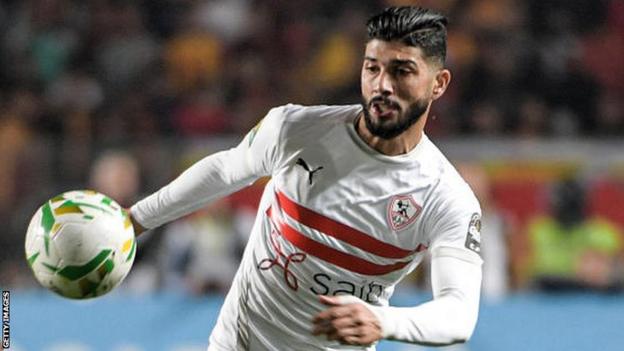 Zamalek scored two late goals as they came from behind to beat Raja Casablanca 3-1 in Cairo to set up an all-Egyptian African Champions League final against Al Ahly.

Zamalek went into the second leg of the semi-final on Wednesday with a 1-0 advantage against the Moroccans.

It brought the Egyptians a 4-1 aggregate win, despite an impressive start to the second leg by Raja, who had twice requested a delay to the return match after a Covid-19 outbreak within their squad.

The final will be played on 27 November at the Borg Al Arab Stadium near Alexandria and will be the competition’s first title decider between clubs from the same country.

Al Ahly will be bidding for a record extending ninth title while Zamalek are aiming for a sixth one.

The visitors, whose training had been severely hampered by the spate of coronavirus cases, stunned Zamalek by taking the lead in Cairo with a deflected goal after half-time from DR Congo’s Ben Malango.

It brought a response from the hosts as Tunisia international Ferjani Sassi scored an equaliser just after the hour mark to put Zamalek back in front on aggregate.

Egypt international Mostafa Mohamed struck twice for Zamalek in the last five minutes to put the semi-final beyond doubt.

His powerful header extended Zamalek’s lead in the 85th minute and he added another four minutes later.

Achraf Bencharki, whose goal had won Zamalek the first leg in Casablanca, thought he had added a fourth on the night for the Egyptians, only for it to be disallowed for offside.

This will be the first year that the final will not be played over two legs, a decision taken in June last year before the global Covid-19 pandemic.