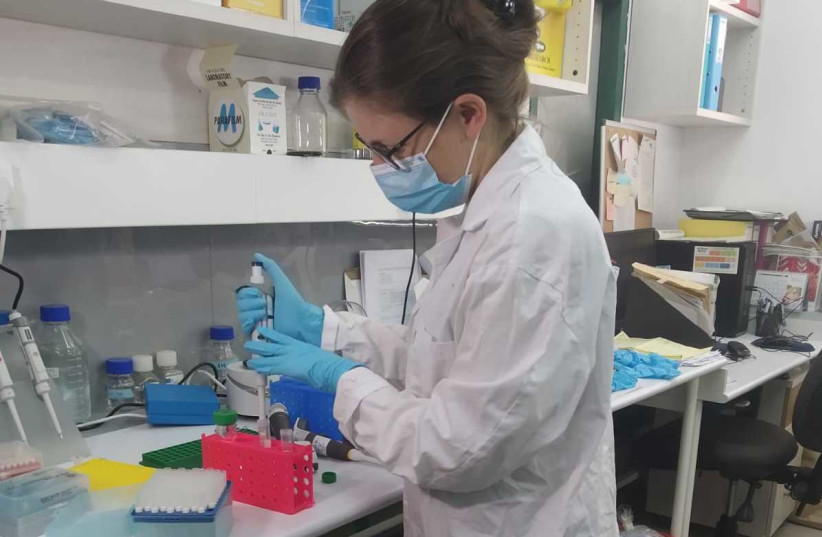 More than 70% of coronavirus ppatients in Israel were infected by a strain that originated in the United States, according to a new study published Monday by Tel Aviv University. “Those who returned from the US created transmission chains,” Dr. Adi Stern of the School of Molecular Cell Biology and Biotechnology at TAU’s George S. Wise Faculty of Life Sciences, told The Jerusalem Post. Flights from Europe and other parts of the world began to be halted between February 26 and March 4 – but not from the US. Only beginning on March 9 did Israel block its borders to anyone who came from abroad who couldn’t complete 14 days of quarantine in Israel.  “There was this gap in policy, and this gap allowed people to return from the US who thought that they could go wherever they wanted, so they probably spread the virus that way,” Stern said. The Health Ministry began considering adding American states to the list of places from which travelers were required to quarantine as early as March 5, but it was only after Prime Minister Benjamin Netanyahu held a conference call with US Vice President Mike Pence on Sunday, May 8 that he decided to close the country’s borders to all countries, including the US. “We take action as we understand it to be necessary,” the prime minister confirmed at the time, “and everyone accepts it – obviously the United States, too.” The remaining nearly 30% of infections in Israel were imported from Europe and elsewhere: Belgium (8%), France (6%), England (5%), Spain (3%), and 2% each from Italy, the Philippines, Australia and Russia.
STERN SAID that all of the coronavirus in the country originated from abroad. In the beginning, this included many cases that entered Israel via Europe and Southeast Asia. However, “they did not spread so much: They quarantined early – and very effectively.” To reach this conclusion, Stern and a team of other researchers mapped the spread of the virus into and within Israel by decoding the genomic sequence of the coronavirus strain in Israel. A release explained that the scientists harnessed their genomic map to pinpoint mutations indicating from where the virus originated within Israel – and later, to where it spread. “The novel coronavirus is characterized by mutations that occur at a set pace,” she explained. “These mutations do not affect the virus,” but they “can help us trace the chain of infection from country to country. After the pandemic broke out in Wuhan, for example, one or two mutations occurred, and one virus with a mutation may have migrated to Europe where it experienced additional mutations, and from there it traveled to the United States, and so on. “We can look at these mutations as a kind of bar code that helps us keep track of the progression and transformation of the coronavirus as it moves from country to country,” she continued. The researchers compared the genomic sequences of local patients to some 4,700 genomic sequences taken from patients around the world. Until now, any assessment of the spread of infection relied on such subjective parameters as patient feedback.
STERN NOTED that another important finding is that “we very clearly see a reduction in transmission as of March 20, which is when the lockdown was implemented in Israel – which means the social distancing measures worked… The lockdown saved lives.”
Advertise Here for only $299 mo. Unlimited cpc Adspace ID2

Moreover, the study showed that “super-spreaders” were responsible for most of the coronavirus cases in Israel – around 80% of cases were infected by only between 1% and 10% of patients, or at “super-spreading events, such as large parties or other social gatherings.” Stern believes that no more than 1% of the Israeli population contracted the virus – “a far cry from herd immunity.” Data from the novel statistical model may be used to reveal the rate of infection in specific locations, including homes, apartment buildings, schools or even neighborhoods, and could also help inform closure and quarantine policies in the future. “This technology and the information it provides is of great importance for understanding the virus and its spread in the population, as a scientific and objective basis for local and national decision-making,” Stern said. “Going forward, the data obtained from genomic sequencing will serve as an important basis for informed decisions about which institutions to close, for what amount of time, and in which format.” She said that closing borders and social distancing are two obvious and very important measures that would need to be implemented in any future spike. However, “we have developed tools that will allow us to cope, in real time, with the next outbreak that may occur.” The study will be published in medRxiv.org. Stern’s team partnered with scientists at Emory University; Gertner Institute; Sheba Medical Center; the Holon Institute of Technology; Samson Assuta Ashdod University Hospital; Hadassah Medical Center, Ein Kerem; Soroka Medical Center; Barzilai Medical Center; Baruch Padeh Medical Center; and the Genome Center at the Technion Institute of Technology.